Latitude 53 welcomes the fashion and fairytale world at tonight’s Art of Schmoozy event. Featuring live music, food and cocktails, silent art auction and for the first time ever a fashion auction showcasing exclusive pieces from prominent Edmonton designers and boutiques. Once Upon a Time at Schmoozy—a story about art and fashion.
A note from Fashion Correspondent Janice Galloway from Dress Me Dearly says:

“For the first time ever, you can bid on local fashion at Schmoozy presented by Kingsway Mall. This is Latitude 53‘s biggest bash and fundraiser of the year. Follow @dressmedearly on instagram today to catch some behind the scenes action of our super creative team, Mousy Brown’s Salon and Nickol Walkemeyer Makeup prep our live models from Mode Models Internationalwho will be showing off the exclusive designer pieces up for auction tonight. Four lucky bidders will take home the goods from local fashion fixtures Malorie Urbanovitch Women’s RTW, Workhall Studio, Suka Clothing and The Bamboo Ballroom. See you tonight!”

PARK is upping its game, expanding its reach and coming to Edmonton for the first time. Funds raised from PARKSHOW ticket sales support Alberta’s emerging artists and designers through PARK’s yearly initiatives including design mentorship programs, educational forums, networking events and more. PARK (Promoting Artists, Redefining Kulture) has selected eight of Alberta’s most promising up and coming designers for a fashion show and art exhibition unlike any other. We are proud to present the following designers at PARKSHOW Edmonton 2014:

ABOUT PARK
PARK stands for “Promoting Artists, Redefining Kulture” and is a not-for-profit organization, which supports, mentors and promotes Canada’s emerging artists and designers

I’m really excited to announce DEC by Sona as my new venture into the entrepreneurial world. You’ll be seeing lots from me including work with SOTV.me, Rocky Mountain Ice House, It’s Time to Bloom and more!

DEC by Sona is a unique social design and event management firm specializing in the creative development and professional execution of special events. Dedicated to unsurpassed customer care and flawless execution, DEC focuses on developing events that are tailored to each of our clients’ individual needs. By engaging in social media, DEC is able to harness the power of community involvement in this digital era.

Collaborative relationships and a solid network of suppliers and partners in Edmonton allows DEC to carry out events successfully on a consistent basis. We are known for being driven by passion and care, providing our clients with the strategic, logistical and organizational expertise necessary to deliver a lasting impression.

Yada, yada, yada…come work with me.

Create your very own social media channel to publicize at your office, home and to share with others: Check out SOTV.me and get started!

The images, which are taken against a grey background, were captured by
photographer Jean-Baptiste Mondino.

Watch the making of this campaign here:

We know it’s snowy and windy out there but that shouldn’t stop you from being fashionable at a fashionable launch party!

Head to Bamboo Ballroom this evening after work to check out this new Edmonton based designer Kelsey McIntyre. There will be refreshments to quench your thirst, a photo-booth and of course, all of Serendipity’s new Spring/Summer collection!

The Serendipity line is, indeed, serendipitous. Creator, Kelsey McIntyre’s love of all things vintage and girly is reflected perfectly in her collection of beautiful dresses, feminine skirts, chic tops and perfectly fitted pants. The Serendipity girl loves to picnic on a warm summer day, and curl up with a good book and coffee when the snow begins to fall. She is unashamedly girly, and captures a sense of romance and magic in her intricately detailed garments.

Behind the scenes for the creation of the latest winter ad campaign for Bailey’s accompanied by a reenactment of the Nutcracker.

We’re treated to a Candyland holiday ball punctuated by a lengthy choreographed dance-fight between the Mouse King and the Nutcracker Prince, which ends when the object of their affection, joins in and turns the tide in the prince’s favor. (You’d think a guy called “nutcracker” could take care of himself.) The film closes with our heroine rejoining her two pals for more partying, along with the line, “Spend time with the girls this Christmas.” (Celebrating the spirit of women has been a recurring Baileys theme.)

Wes Anderson is a guy who loves his vintage fashion (remember the Louis Vuitton suitcases in The Darjeeling Limited?) and the affection appears to be mutual. Prada has partnered with Anderson to create a branded short called Castello Cavalcanti about a brash race car driver played, of course, by Jason Schwartzman.

Michael Kors has joined forces with the United Nations World Food Programme (WFP) to fight global hunger. For every sale of the 100 Series watch, WFP will deliver 100 meals to children in need. The support so far has been overwhelming. Over 1 million meals around the world already!

Thanks to @MichaelKors and everyone who pitched in to #WatchHungerStop. This World Food Day was truly epic. pic.twitter.com/8IJsyGAcLw

@MichaelKors partners with @google to #WatchHungerStop this #WorldFoodDay. Eradicating hunger is always in style. #dollarfordollar #donate

Today is World Food Day! Find out how you can help @MichaelKors end the fight against hunger #watchhungerstop http://t.co/5QlrdClyTR

.@MichaelKors wants you to know what World Food Day is #WatchHungerStop http://t.co/WNNmLsGUlg

In a surprise move, Apple announced Tuesday that it had hired Angela Ahrendts, the chief executive credited with turning Burberry around, as senior vice president of retail and online stores — a newly created position. Burberry, in an equally surprising and more unconventional move, announced that its chief creative officer, Christopher Bailey, will be adding Ahrendts’ duties as CEO.

The hire is a huge coup for Apple: Ahrendts, 53, is arguably the most coveted CEO in fashion — and the best-paid CEO in the UK. Since taking over the helm of the company seven years ago, annual revenue has grown to nearly $3.2 billion, up more than 250% from 2006. The price of Burberry’s stock has risen even further, up 300% since her arrival to about $1,600 per share.

Ahrendts, along with Bailey, is credited with completely reinventing the legacy British house, which in 2006 had lost much of its prestige due in part to over-licensing of its brand. (As Fortune pointed out previously, retail and wholesale sales were up just 2.2% the year she arrived, under-performing the luxury sector’s 13% growth.)

Ahrendts’ first task was to buy back those licenses, including its fragrance licenses, and reposition Burberry as a luxury heritage brand. She also — importantly for Apple — aggressively expanded Burberry’s retail footprint, both on the ground in the United States, Europe and China. Strategically, she closed many under-performing stores as well. She also oversaw the reinvention of Burberry’s online flagship, using the website less as a sales channel and more as a destination for brand-rich experiences like Art of the Trench, Burberry Bespoke and live, shoppable videos of its runway shows.

Under Ahrendts, Burberry stores have become bigger, richer and more technologically advanced, the latter more than any other participant in the luxury sector. The crown jewel in Burberry’s retail empire is its 27,000-square-foot flagship store on Regent Street in London, which opened in September 2012.

As a retail experience, it’s impressive. Full-length screens wrap the store, transitioning between audio-visual content displays, live-streaming hubs and mirrors. At times, models walk between video screens; at others, rain begins to pour, climaxing in a thunder crack that shows on every screen and echoes in every space in the store, including fitting rooms. RFID chips have been attached to certain clothes and accessories so that when a customer approaches one of the screens in a fitting room, specific content — say, information about a bag’s stitching and craftsmanship, or a video showing how a skirt was worn on the catwalk — appears.

SEE ALSO: Why Burberry Wants to Bring the Online Experience to Stores, and Not Vice Versa

Ahrendts is largely credited for turning Burberry into a beacon of digital innovation. She has spearheaded many high-profile consumer-facing projects, broadcasting runway shows live in 3D, and embracing platforms like Facebook, Twitter and Google+ to reach millennial consumers. More impressive is her work on the back end, incorporating systems from Salesforce and SAP to improve internal and external communications, for example. (I highly recommend watching the video below.)

I had the privilege of attending the media opening of Tiffany & Co before the general grand opening on Friday, October 11, and I was blown away the second I walked in. Greeted with champagne at the front entrance, hors d’ouevres handed out and finally little Tiffany blue box cheese cake with caramel to top off an amazing experience. That’s exactly what walking into the Tiffany’s store is, an experience.

I received a tour from one of the senior reps hosting the party, it was like a backstage pass to Tiffany’s! The first thing I noticed had to have been the hand painted wallpaper, with the finest details of Mother of Pearl and the classic touch of “Tiffany blue” swirled around the floral pattern, it was eye catching!

Our tour led us to a private room, where the doors weighed a tonne, the lights dimmed down to capture the stunning curves of the collections and for those high ticket items, you are left in complete privacy. There have been many proposals at the flagship store in New York as well, how romantic! From my previous post I had expressed my love for the Frank Gehry collection. After visiting the store I think I’ve added a new love to that list, the Atlas Collection. I fell in love with the classic round watch looking pendant on a beautiful thin silver chain. Designed in 1983, the Roman numerals represent the numbers on a watch, III VI IX XII, you can see below the diamond encrusted Atlas pendant.

To conclude my experience, after trying on numerous bracelets, rings and necklaces, I was treated to a cheesecake in the shape of a Tiffany’s box! And upon my exit I was handed the renowned little blue bag. To my surprise I received my very first Tiffany necklace from none other than the Atlas collection! Thank you Tiffany’s!

TIFFANY & CO., T&CO., TIFFANY and ATLAS are trademarks of
Tiffany and Company and its affiliates. 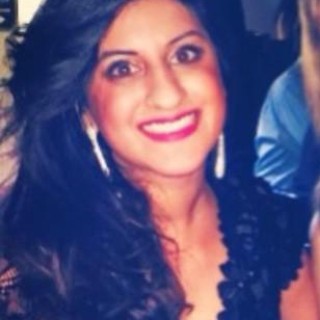